If you are in Torino, my city, on June 23, you will see a huge amount of wood in the middle of the Castle Square, the Farò. 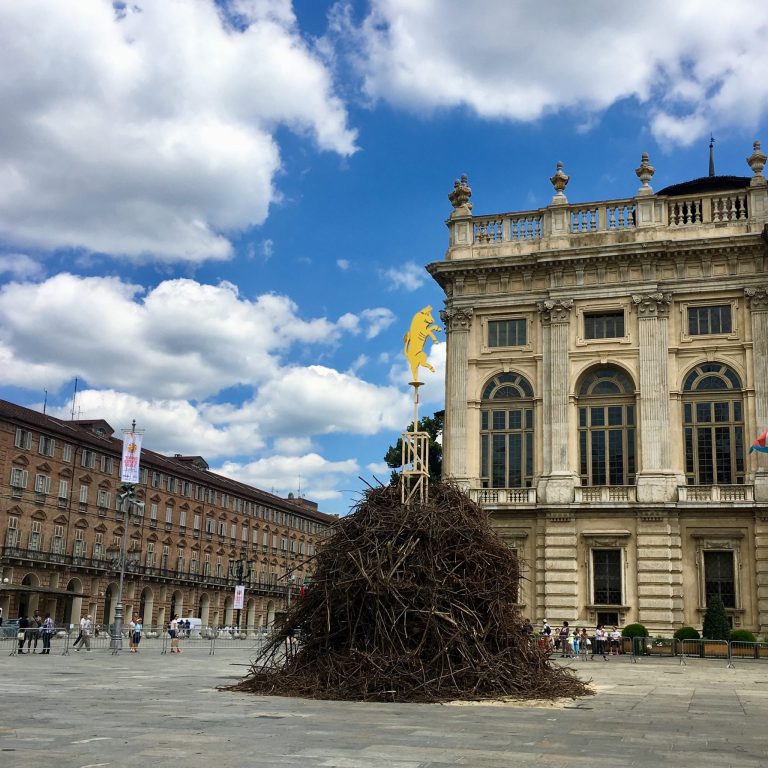 It is the Farò of Saint John the Baptiste, patron of the city. The celebrations  of the city’s protector last two days, on June 23 and 24, and include concerts, fireworks and a parade with historical dresses  The night of the 23, we lit a huge bonfire, falò in Italian, which in Piedmontese dialect becomes Farò.

On the top of the big pyre of wood there is a template with the shape of a bull, emblem of the city. The Bonfire is lit at 10pm. According to the tradition, if the  bull falls in the direction of Porta Nuova Station, the months which follow will be lucky and prosperous. But if the bull falls in the opposite directions, towards the Royal Palace, then unhappy days will follow.

Yesterday night, June 23 2018, the bull fell towards the right direction. Good for you Torino!

Previous Post: « 10 Free Things to Do in Rome
Next Post: 7 Courses: How to Read an Italian Menu »

Subscribe the newsletter and Get the Beta version of the shopping file with factory outlets and shops at discounted prices!