Home » Travel Tips » A tiny and quiet village in Sicily that turns into the place to be during summer nights: Marzamemi.

Marzamemi is a tiny village in the province of Siracusa, and in the municipality of Pachino, the Sicilian town famous for its tomatoe variety.

The name Marzamemi seems to come from the Arabic language and recalls the name of another small fishers’ village: Mars Alam, however the meaning remains uncertain. It could be “little port” or “port of the flag” or “bay of the turtle doves”. What it is certain is that the area had an Arabic domination and it is still a little village with its own port. 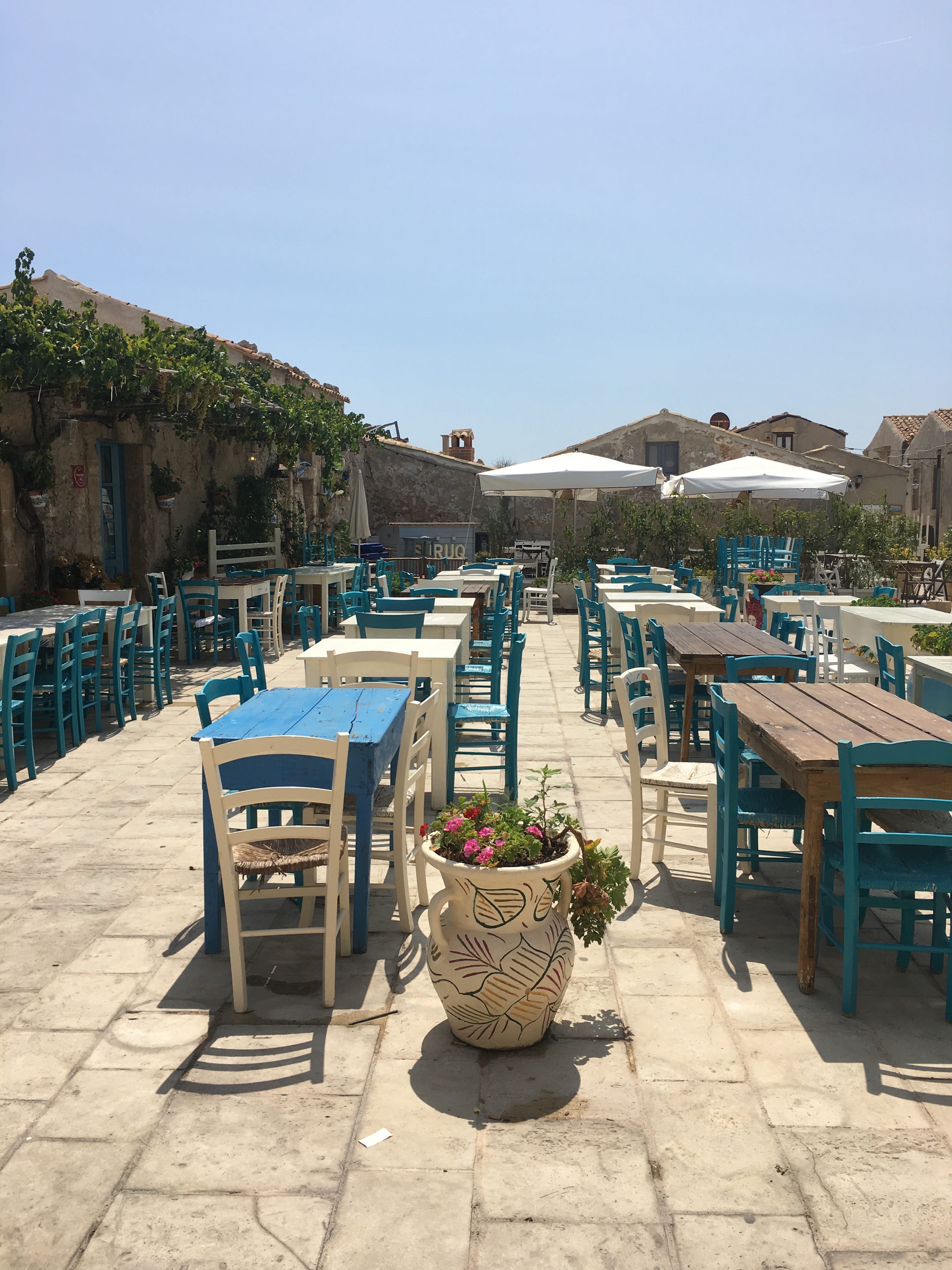 But it was only in the mid of 1600 that it became a fortified village, thanks to the rich Prince of Villadorata, who had  a lot of properties here.

Church and side street

The village started to become an important centre for the commerce when its “tonnara”, tuna-fishing nets, was opened and the two ports, Fossa and Balata, became important for the merchant vessels that used to leave from here.

Today, it is still possible to visit the little centre that develops around the square that gathers few restaurants, the Church dedicated to the village patron San Francesco da Paola, and a couple of shops.

Although Marzamemi can also boast a beach, I do not recommend it for the sea, but for a stroll and a dinner in the evening. In fact, it is at night that this dorf releases all its ancient charme. 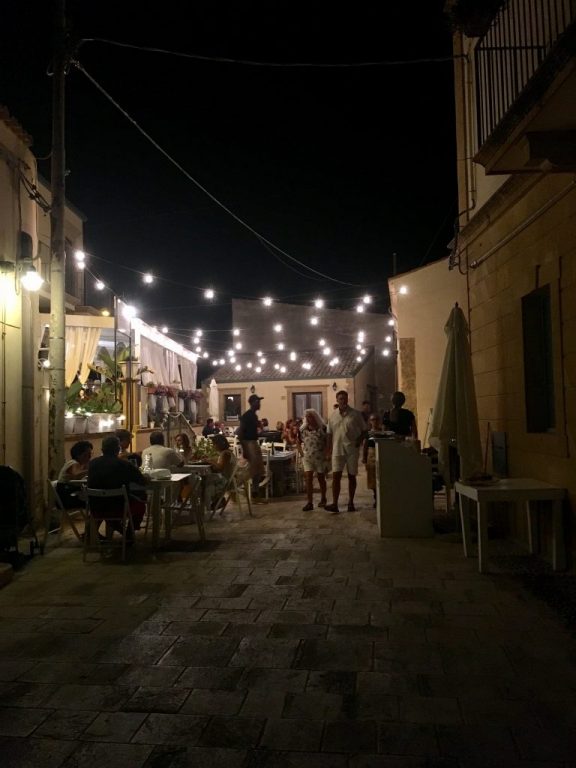 Side street in the centre of Marzamemi

Be aware that in August it can be really crowded. If you arrive here, you must leave the car outside the village, in the parking lot on the right side of the Main Street that ends right at the beginning of the pedestrian main  street.

If you want to eat some fish, you can try the Coppo.

San Lorenzo is a close beach I suggest if you want to have a bath. Another option could be Vendicari and Calamosche, near Noto. All these areas have free and public beaches, so you do not need to spend money to rent beach umbrella and chair. My tip is to buy a beach umbrella in a local supermarket for 10 euros and use it in the free beaches if you need some shade as I do.

Previous Post: « 10 Things one must absolutely try at least once in Sicily
Next Post: Fritti in un Coppo: the Italian way to eat street food. »